Do you know what’s in your water?

If you think the water you are drinking is just H2O, think again!

Our body is made up of 70% water… so obviously we can’t live without it.  But these days, it’s the water that’s causing conditions that can kill us.

The government surely would not allow contaminated, unhealthy water into our homes, right? Wrong!

According to some studies, a staggering 75,000 chemical compounds have been found in our water, yet the EPA has established enforceable safety standards for only 87. Many of these chemicals are potentially harmful and can spawn health problems; Chemicals like chlorine, lead and fluoride.

Chlorine is perhaps one of the most dangerous poisons in our drinking water supply and the worst part about it is that water treatment facilities actually add it to our water to control bacteria growth.  The problem is it’s not just killing contaminants… it’s also poisoning our bodies. Health officials link chlorine in drinking water to bladder, rectal and breast cancer, as well as asthma.

Lead makes its way into tap water through corrosion of the pipes in a home’s plumbing system. Ingestion of lead can result in severe developmental delays and/or learning disorders in children.

Fluoride is highly toxic. In fact, before fluoride was deemed a “cavity fighter,” it was used as an insecticide and rat poison.  Do you really feel comfortable drinking or better yet giving your children rat poison? According to New Jersey’s Department of Health, male children who lived in areas with fluoridated water experienced two to seven times more cases of bone cancer than other male children.

A host of other pollutants such as pesticides, herbicides, toxic waste from landfills, chemical and oil spills, acid rain and more find their way into our water supplies.

If someone told you that every time you turn on your tap to get a drink of water you are pouring poison into your glass, would you drink it?

According to the Center for Disease Control in Atlanta, nearly one million people get sick from drinking contaminated water each year with about 1,000 cases tragically ending in death.

Are your city’s municipalities intentionally poisoning you?  I don’t think so.  It’s often that they are using outdated technology; many municipalities simply weren’t built to handle the influx of modern-day contaminants.

Click here to find out whats in the City of Phoenix’s water.

Find out below how we at the GreenDesert.org use water generators and rain water to help get better water.

But the wrong kind of water can pollute, clog up and hinder your health and vitality.

A bathtub holds 151L of water. Someone in a slum may only get 30L for all their daily needs.

Shocking report says the cost of water to triple across US 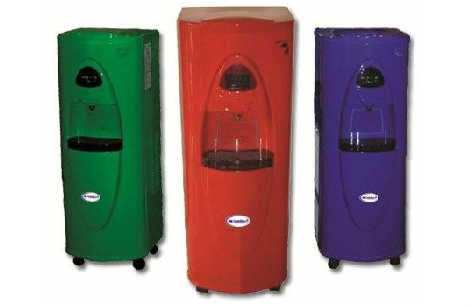 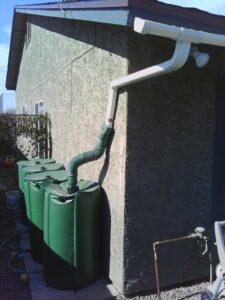