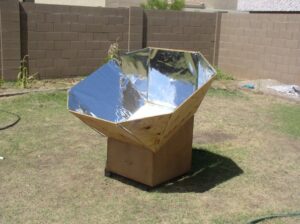 If you’ve been to Arizona during the summer, you know it’s one of the hottest places on earth.  In fact we have family who compares being outside in Phoenix to being inside an oven.  Obviously having that much heat has its disadvantages, but there are several advantages to the Arizona heat that can save you tons of cash.

Instead of using the oven at 400 degrees and 220 volts, we cook outside using a Solar Oven and Fresnel Lens.

Solar ovens use the sun to cook, bake, and fry food.  It turns the suns energy into heat which in turn is used to cook the food. Our solar oven can even hit temps up to 400 degrees in the summer. 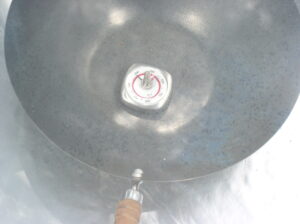 We have cooked all sorts of “masterpieces” in our solar oven including baked chicken, whole wheat bread, brown rice and all sorts of stews and pastas. You will be amazed at how much better your food will turn out in the solar oven.  We would always have brown rice that was consistently too soggy or just not fluffy at all.  Every single time we’ve made it in the solar oven it has come out perfect.  And the best part, it doesn’t burn.  We have forgotten about the rice and left it outside for two hours on an occasion, and still we had perfect rice.

We built our solar oven using wood for about $150 dollars.  But there are so many ways to make them cheaper. Solar cookers can even be made out of a simple card board box.

If you are handy, we suggest you building your own.  It will save you some cash and you get a major satisfaction from doing it yourself.  You can also visit solarcooking.org/plans/ for more information on building your own cooker.

You don’t need a solar oven to cook outside… your big screen TV can do more than entertain you;  It can help you cook your food. 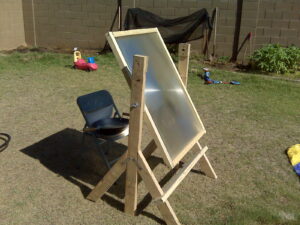 The Fresnel lens is the same lens inside big screen TVs.  It acts like a large magnifying glass, focusing the sun’s energy at one point.  Using this focus point to heat up the pot, in turn cooks the food inside the pot.

We have given tours of our home and one of the most intriguing parts of the tour is watching us take a piece of wood under the Fresnel lens and showing it start to smoke. 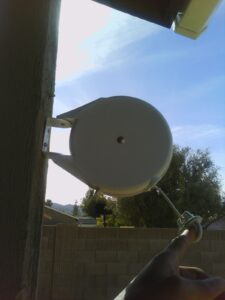 Another simple idea to help the heat in the house and the electric bill is do what good ole grandma did, hang clothes on the clothesline.

When we first considered doing this, we had to take into consideration that we have small children.  Obviously there’s a safety hazard to having a rope hanging across the backyard.  So we did some research and found retractable clotheslines online for less than $10.  So we simply pull it out when we’re ready to dry our clothes… and we can retract it when the kids are ready to play.

Again remember the inside dryer runs off 220 Volts and that’s again a lot energy. Why waste your hard-earned cash using all that energy when the sun provides it for free?

Also many studies have showed an increase in immune system with the proper amount of sun exposure (a healthy diet is needed simultaneously ).  So it is beneficial to get outdoors and get some sunlight. 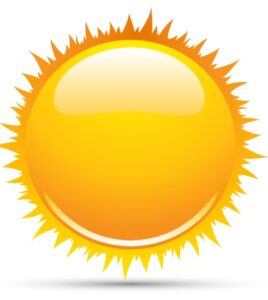 90 percent of Americans are nutrient deficient, but processed milk is not the answer

Obesity may be a factor in vitamin D deficiency